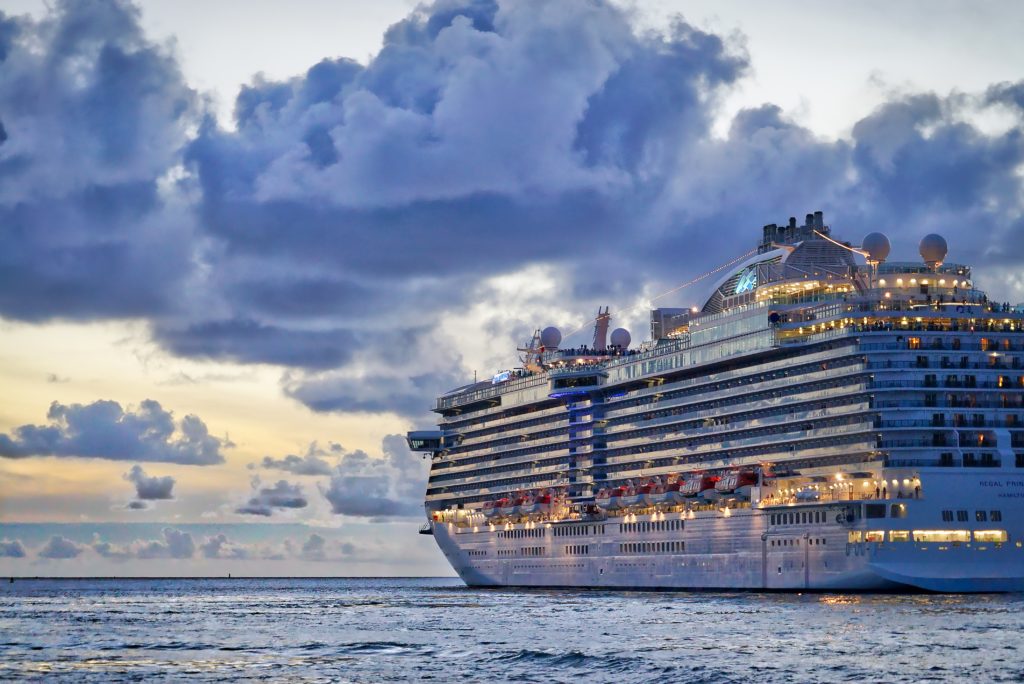 This is the Eleventh in a series of Independent research produced by the Murray Wealth Group Research Team. The purpose of this series is to provide insight into our portfolio construction and how our research shapes our investment decisions. We welcome any feedback or questions you may have on these monthly commentaries.

The cruise industry presents an attractive opportunity for investors. With the perception of cruising having changed over the last date, the industry has been expanding into both new geographic and demographic markets globally. China represents a strong new growth market as its middle class emerges, and new onboard features/entertainment options are appealing to millennials and families as alternatives to destination resort vacations. As well, cruise lines are now able to better maximize capacity utilization as the ships can be relocated to high demand markets based on seasonality.

The industry is dominated by three major players (Royal Caribbean, Carnival, and Norwegian) that combined make up 75% of the market (based on available capacity), with smaller, niche operators limited to certain markets or demographics. Barriers to entry are relatively high, with sales distribution, significant capital requirements, quality/reputation and port/berth access representing the main barriers to new competition. The last major company to successfully enter the cruise market was Disney, in the 1980s (although it remains a niche player with 2.2% share and Disney-themed ships), and it was only able to do so by leveraging its established brand as well as holiday distribution and marketing. 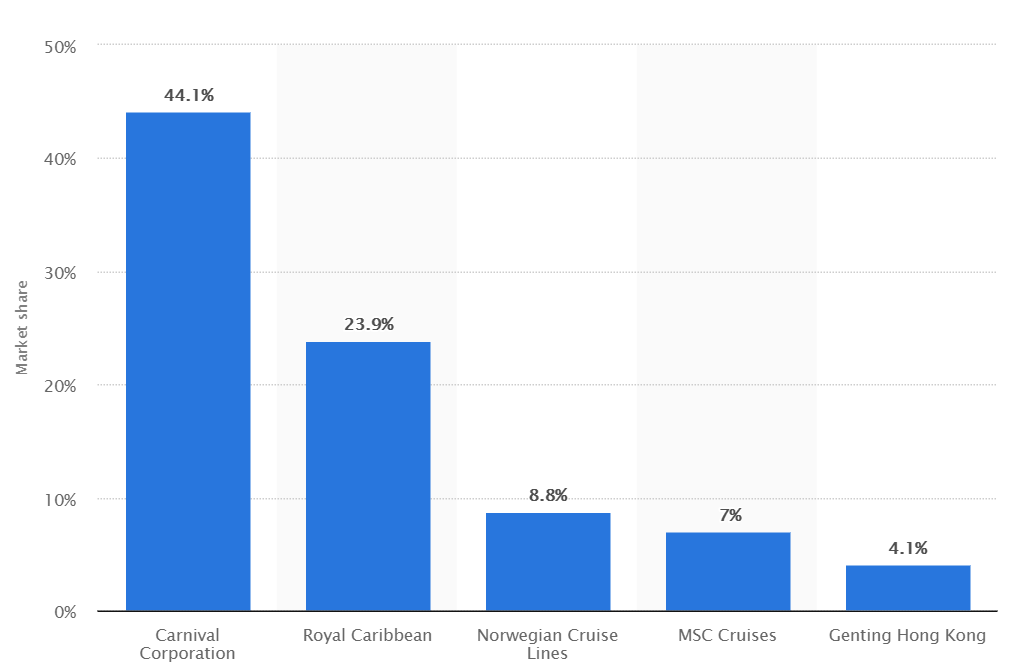 The three larger players are all publicly traded entities and thus offer similar exposure to the industry.  Like airlines, their share prices are often affected by small changes in the expected supply/demand balance of the industry.  Over the past 18 months, slightly higher-than-average supply growth and recession fears have caused investors to avoid the sector, resulting in pressure on trading multiples.

This investor exodus appears premature. The big three continue to highlight increased demand, higher rates of forward bookings and a slowing of supply growth beyond 2020, when new marine oil fuel laws are enacted internationally, and older ships are retired.  First quarter earnings are expected to confirm that the industry has navigated the increased supply and remains in a strong position.

Supply/demand risks aside, recent changes have left the industry better positioned for both future growth and downturns. Firstly, the industry has shifted focus to return on invested capital by making it the main performance measure in management bonus plans. Secondly, companies are using new data analytic tools to better set booking rates and manage capacity, including the shifting of demand into lower utilization periods. Thirdly, investments in new technology and services are increasing onboard spending.

We own shares of Royal Caribbean Cruise Lines in our Global Equity Growth Fund. While cruise stocks are relatively homogenous, we believe Royal has a strong management team, best-in-class systems and use of data/technology as well as a culture of innovation.  A case in point is its new Bahamas Private Island resort, Coco Cay, which features attractions such as a water park, wave pool, giant water slides and hot air balloon rides as well as beach and resort amenities. The Island has proved so successful that it is now a standalone destination for some Royal cruises. 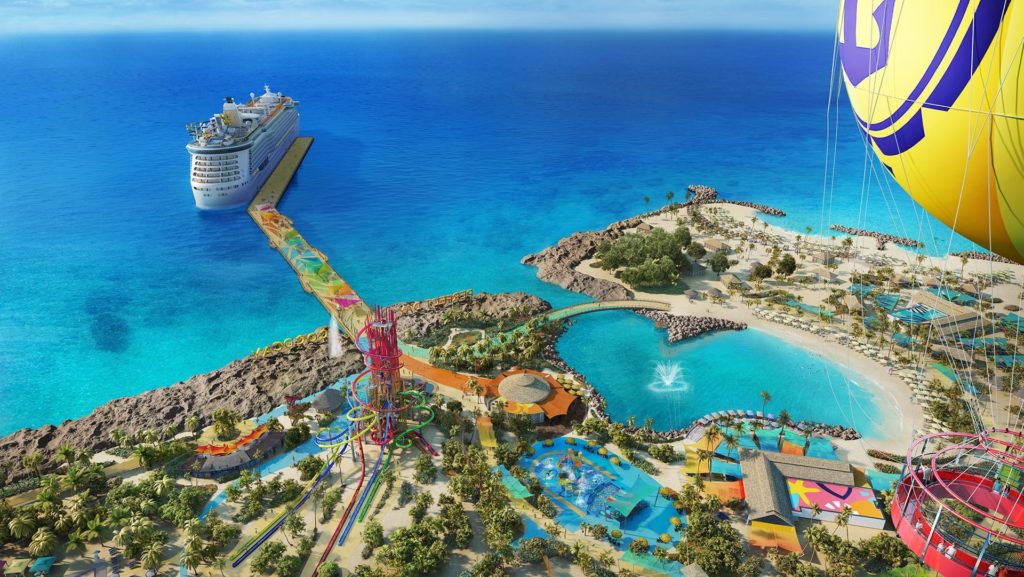 Looking at valuation ratios of P/E and EV/EBITDA, Royal Caribbean is clearly the most expensive stock by both metrics.  Royal is often regarded as the best operator in the industry. If true, this should be reflected in the company’s return levels. As can be seen in Figure 2 below, Royal maintains a strong return profile, on par with Norwegian and well ahead of Carnival.

The other consideration is growth. All three companies have benefitted from the growth in cruising and ongoing economic recovery (cruising growth is strongly linked with GDP growth) and generated strong earnings growth for shareholders (Norwegian completed an acquisition in 2014 which strongly bolstered revenue growth). Looking forward, Royal is expected to have the highest revenue growth of the group, mainly due to higher ship deployments, but also as a result of its deployment of new onboard spending systems.

As the market becomes more comfortable with global cruise supply and the general economy, we believe cruise line shares will be strong outperformers.  We have owned Royal Caribbean since the inception of our Global Equity Growth Fund in mid-2015. Over this period, Royal’s shares have handily outperformed the others, a trend we expect will continue in the future.